There is nowhere else on earth, aside from a cemetery, where death rests so peacefully alongside life. 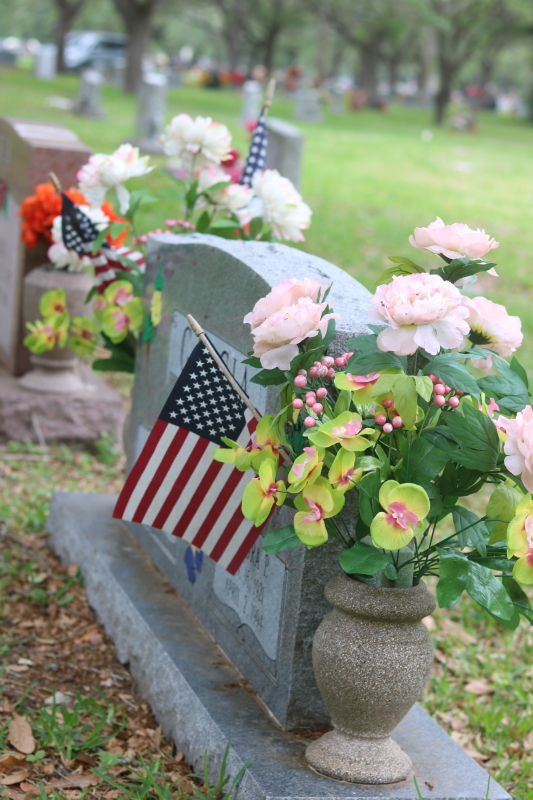 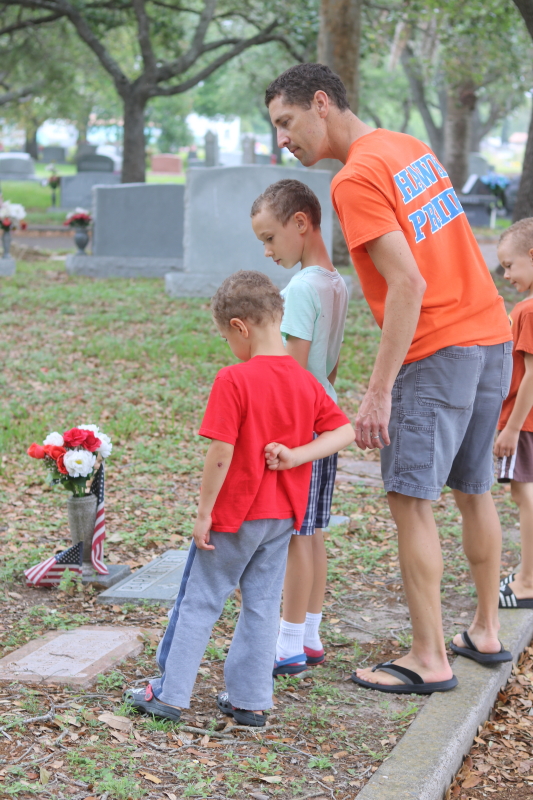 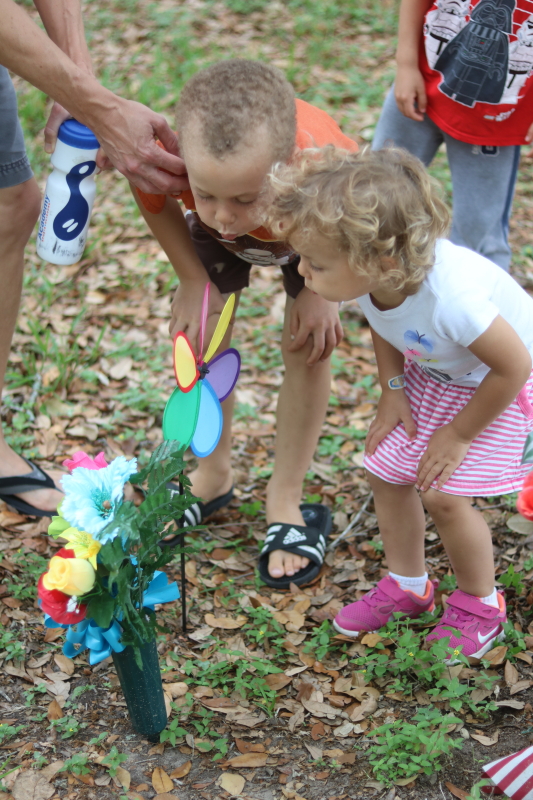 Maybe it’s harder to see in some cemeteries.  I imagine there are some spooky ones out there (or maybe that’s a Hollywood depiction of death and cemeteries…I personally have never found myself lost in a cemetery in the middle of the night, but I think with a wide enough imagination that could be a bit less peaceful) and I’m sure there are plenty of unkempt cemeteries, but even then there is a clear “juxtaposition of so much life and death all in the same place,” as Kerry Weber describes her visit to a cemetery in her book Mercy in the City, “I expect a kind of somber dreariness to the place, but pink budding trees are before me, and two rabbits are hopping across a fresh, green lawn.” It’s a bit of irony, isn’t it?  That the dead rest surrounded by so much life. 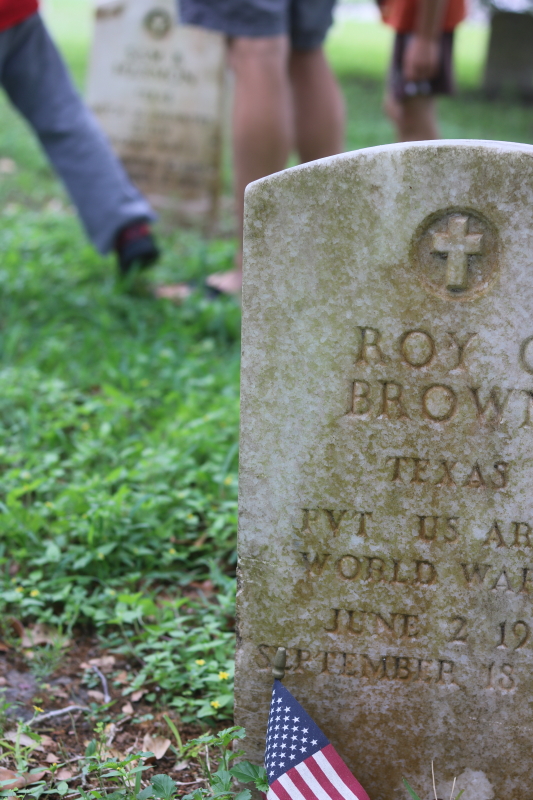 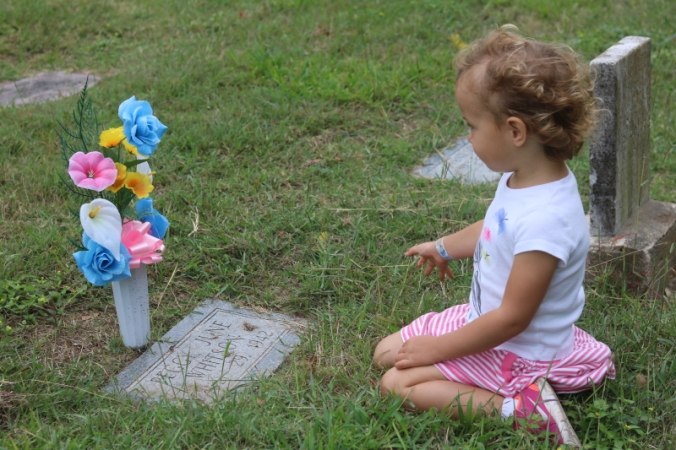 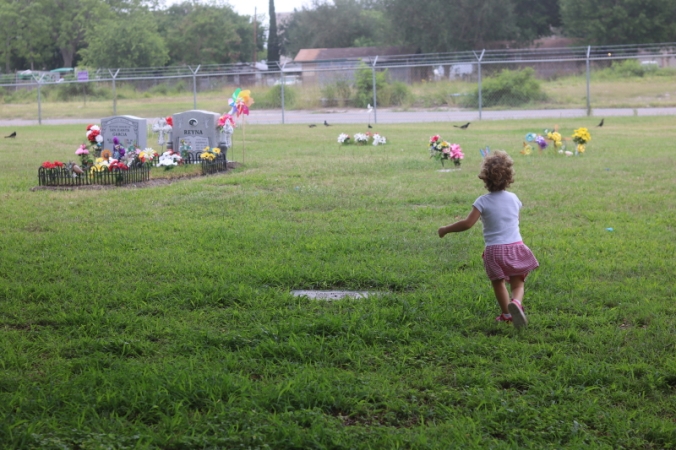 I like visiting the cemetery.  I find peace amongst the dead that often alludes me when I am amongst the living.  It just feels so peaceful.  And it’s not just because its inhabitants are peacefully resting.  It really is decidedly peaceful.  There’s an unspoken agreement here.  To just accept things as they are.  These people have already had their stories written in stone.  There’s no going back.  No changing things.  No regretting mistakes.  No wondering what the future holds.  No worry, no strife.  That, in itself, is a celebration of peace. 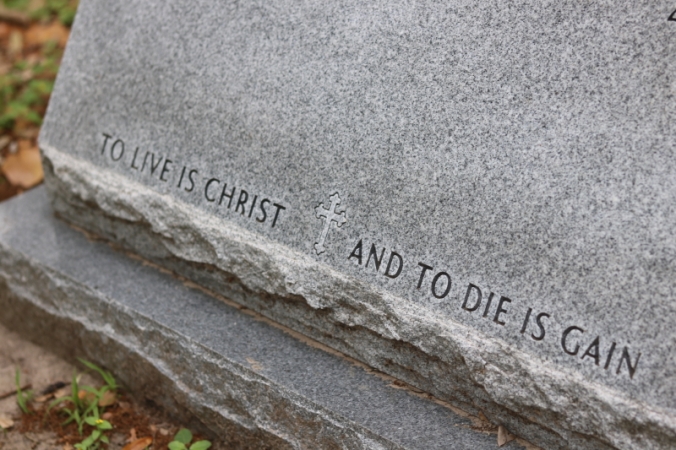 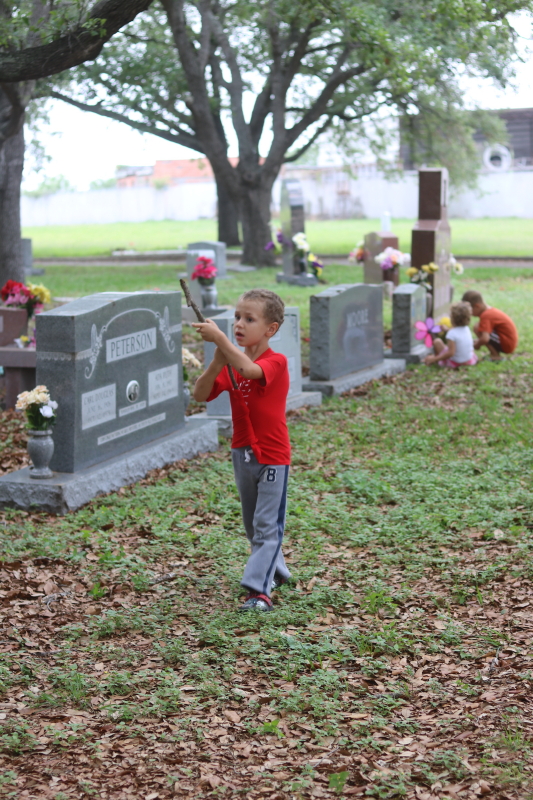 Or it could be that it’s just the physical quiet that makes it peaceful.  Or maybe it’s a spiritual sense that makes it peaceful.  Maybe it’s the acceptance that death is a certainty for each of us and it’s out of our control.  We simply have to live and accept our fate.  I don’t really know what it is.  I just know it’s peaceful.  And that feeling of peace when I wander from gravestone to gravestone is nothing like the feeling that settles in my soul when I contemplate death. 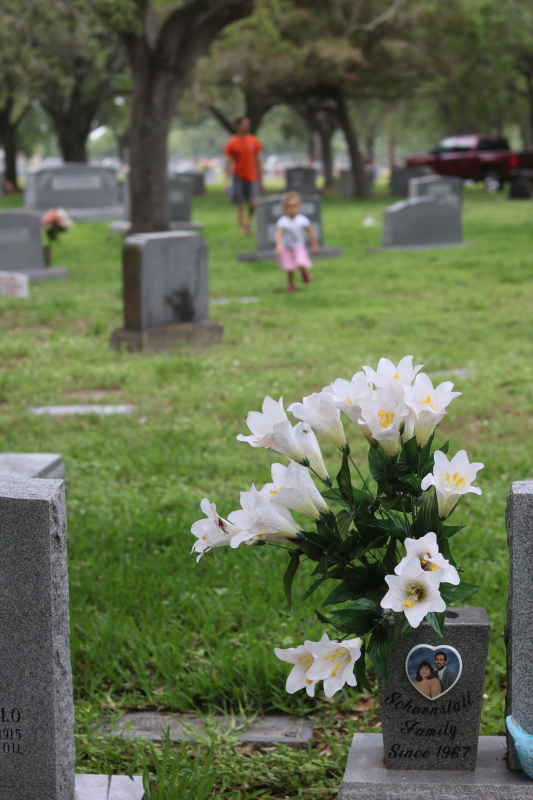 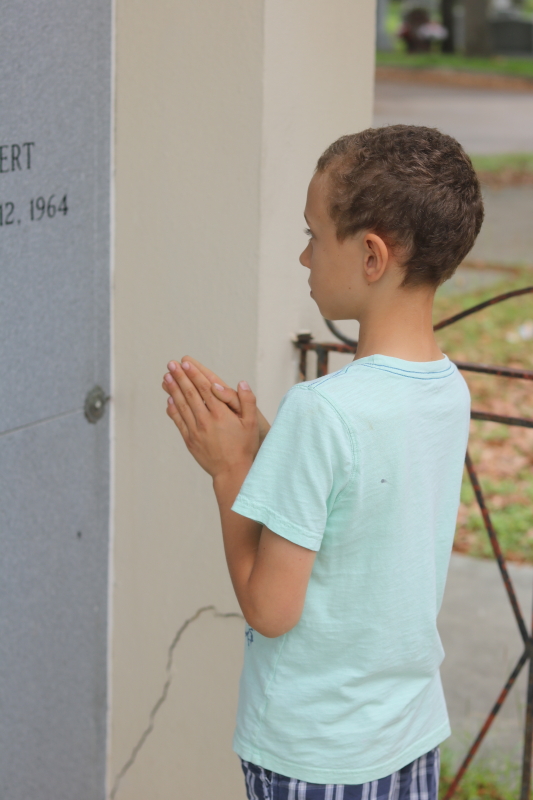 I tend to view death as an overwhelming thought, wondering what will happen to those I leave behind.  Knowing life will go on, but wondering if I will have left a deep enough mark.  I contemplate the physicality of it…will it hurt?  Will it be quick?  Will I teeter on the edge of consciousness, not understanding the process?  I also consider the spirituality of it.  How will I be judged?  Did I do enough, say enough, love enough, forgive enough, pray enough?  Will I be welcomed at the banquet of Heaven?   I know it’s a matter of faith, but it’s also a matter of being human.  The need to question and contemplate.  The need to understand. 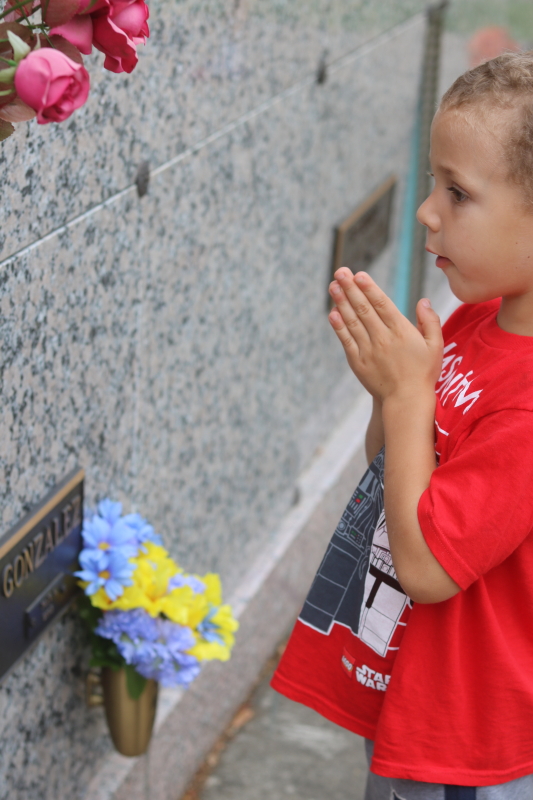 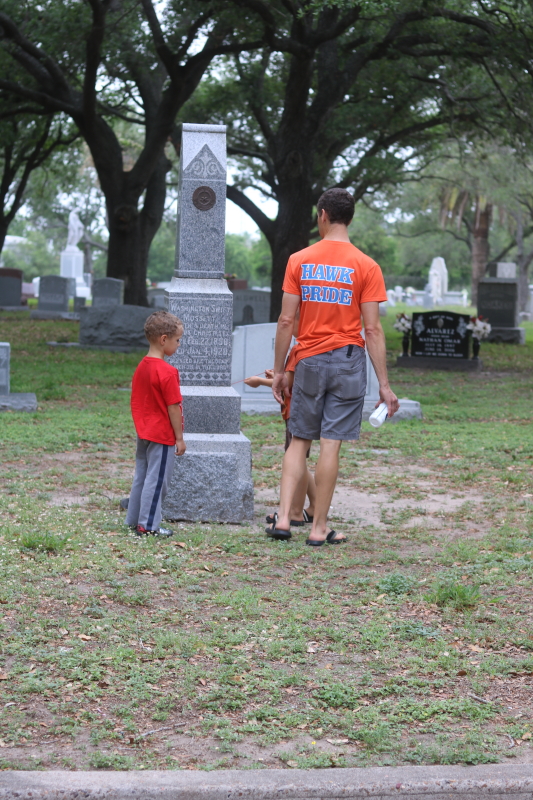 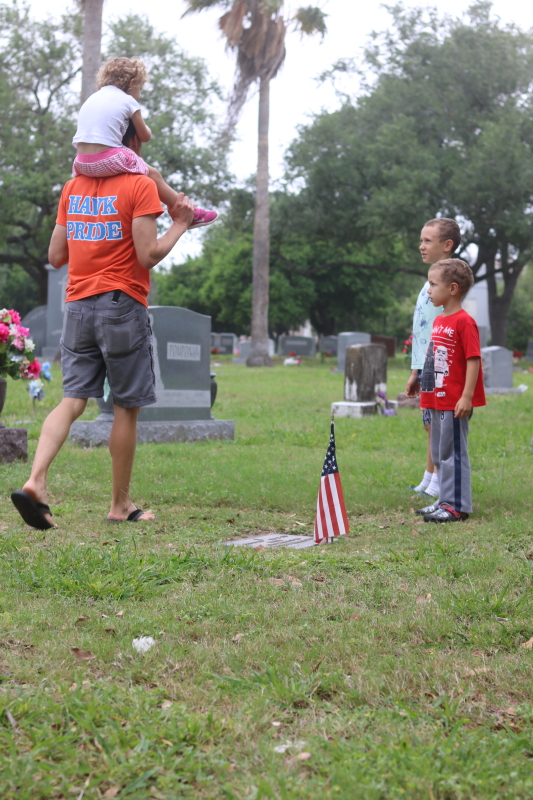 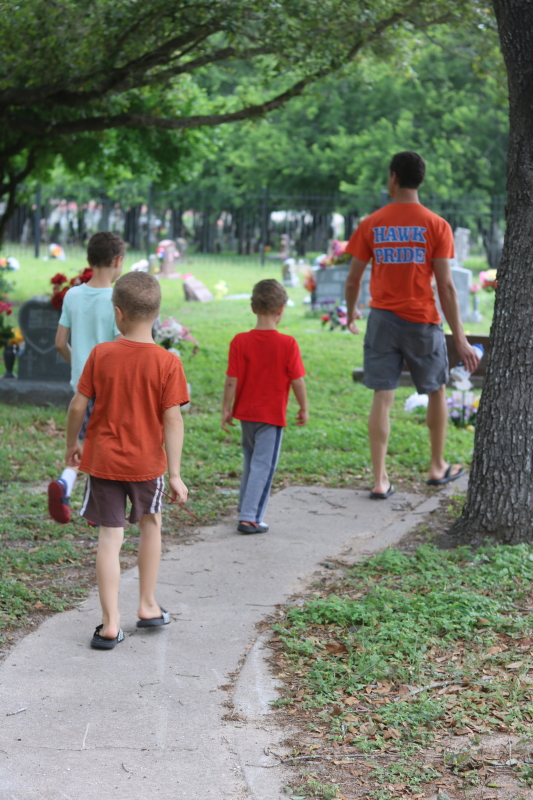 As adults, we grasp the finality of death but sometimes lose sight of the spiritual freedom it entails.  Children, on the other hand, as in all things they do, grasp it without trying to understand it.  They accept it.  They embrace it for exactly what we have taught them to believe it is…the beginning of eternity.

I am Catholic, however, I do not profess to be a perfect Catholic, maybe not even a good Catholic.  But I try.  And I believe.  I trust and hope in eternal life.  It makes me wonder how depressing it must be to a nonbeliever.  How incredibly pointless this life must seem.  I find peace in my faith.  I am grateful to believe in something greater than myself.  To have hope in a life beyond this one. 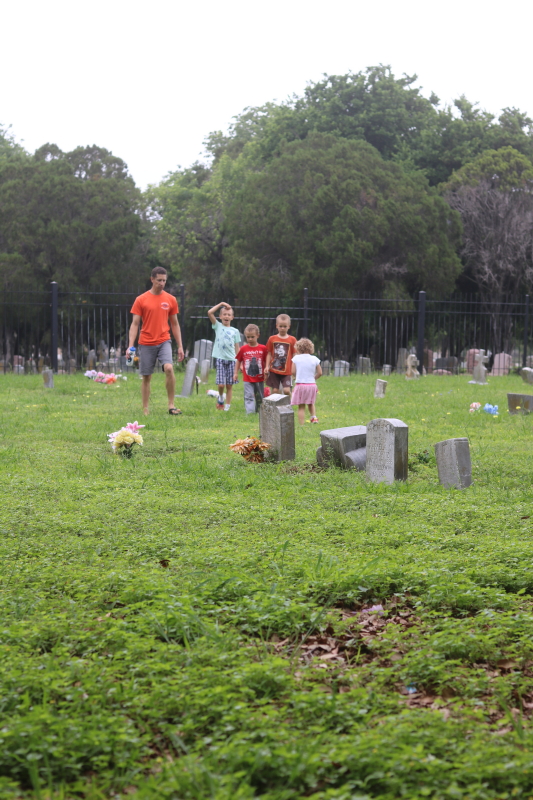 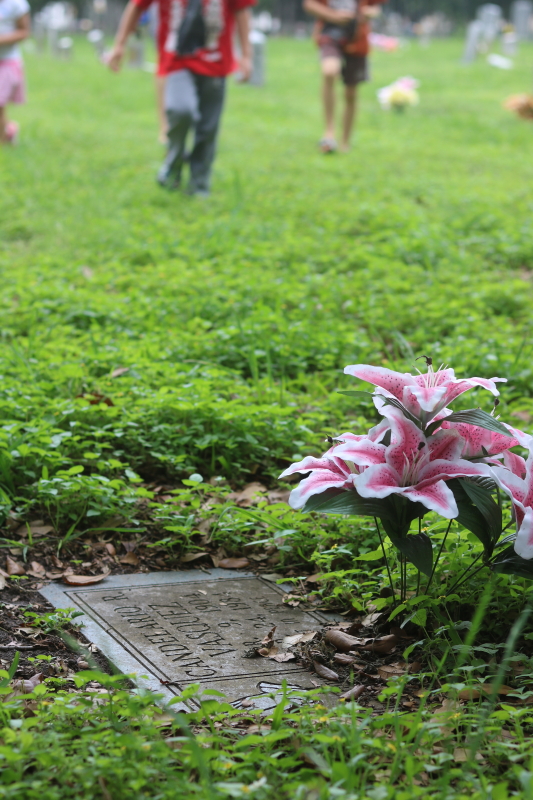 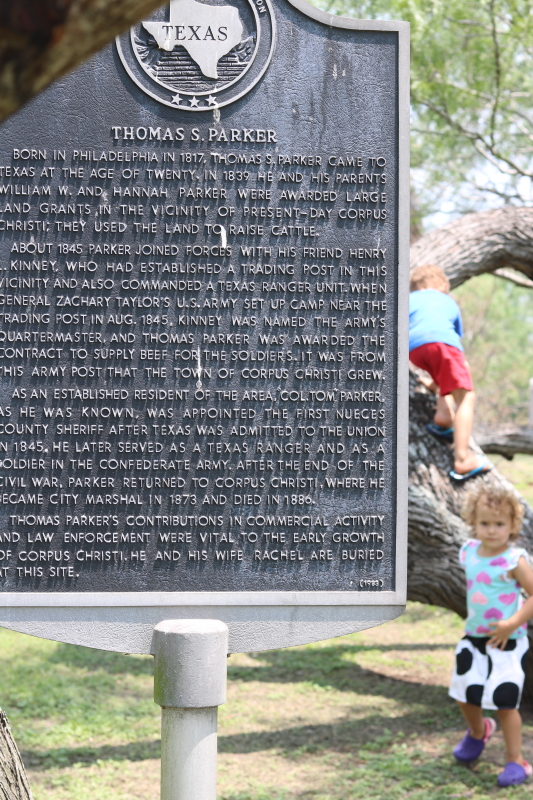 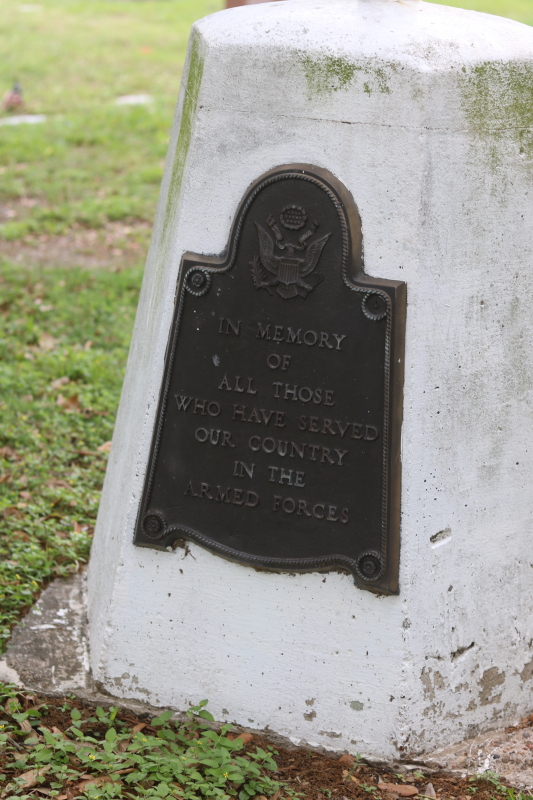 The Church, while focusing on the living and teaching those of us here how to live to achieve eternal life, never forgets those that have gone on before us.  It is first mentioned in Maccabees, when Judas calls his soldiers to pray for the souls of the soldiers who had died wearing amulets taken from pagan temples. 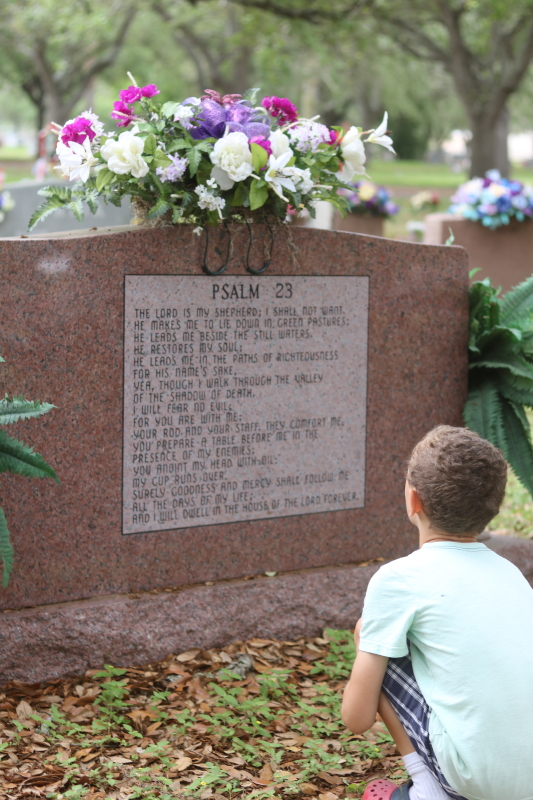 Remembering the dead is a prevalent practice today in the Church.  One of the Corporal Works of Mercy in the Catholic Church is to bury the dead.  It is a recurrent theme throughout the Bible, beginning most notably with Abraham purchasing a field in which to bury his wife.  A bit impractical for those of us today who are confined by city ordinances and laws about burial grounds and hard to practice for those of us who are not grave diggers.  We do not even follow early Christian traditions (at least in America), as cultural norms do not allow for us to prepare the body for burial with spices and oils. While we cannot physically be tasked with actually burying the dead, the Church does ask that when we lose a loved one, we follow Church protocol for burying the body on sacred ground.  We can attend wakes and funerals and we can pray rosaries for the souls of those we have lost.  But also, as with all the works of mercy, it is about showing compassion and mercy for our fellow man and treating everyone we encounter, dead or alive, with the respect and dignity due simply to the fact that we are each created in God’s image. 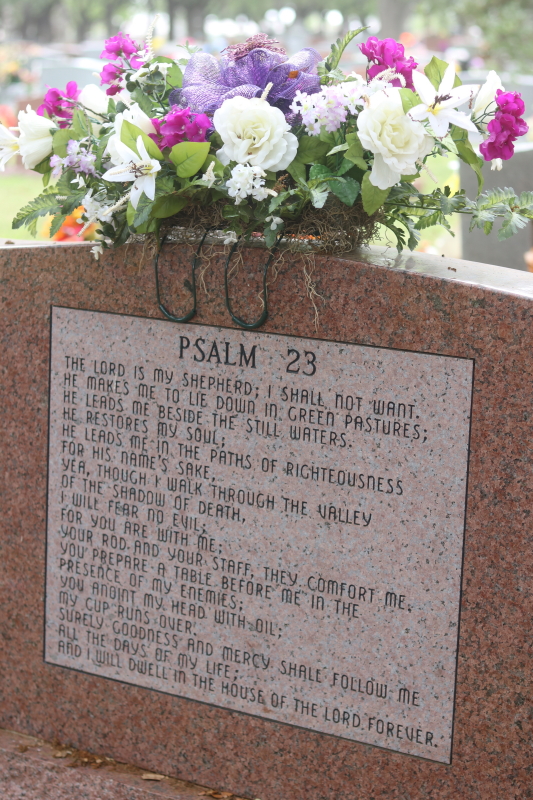 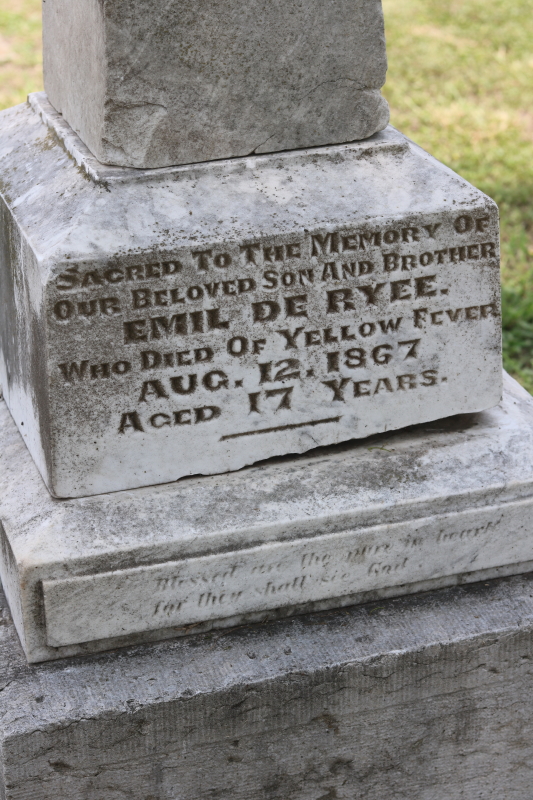 A more practical work of mercy for most of us is one of the Spiritual Works of Mercy in which the Church calls us to pray for the dead.  This I can easily do.  And it makes me feel like I’m doing something with regards to death.  Perhaps I’m saving a soul from Purgatory.  Perhaps my simple prayer, offered for the soul of the grave I pass in the cemetery, helps free that soul from the clutches of the devil.

Or maybe it’s not even about the spirituality.  Maybe, again, it’s about showing respect for those around us, simply by reflecting on a life lived.  I pass a gravestone and I let the deceased’s name settle on my tongue, imagining that they, too, lived a life probably much like mine.  A life of monotony, with bits of excitement thrown in occasionally.  A life marked by joy and happiness, grief and sorrow, hope and regrets.  We’re all really so much the same.  Our stories differ, but the themes behind our stories are all the same.  Each of us is just passing the time until we accept our fate to die.  For those of us who believe in Jesus, we can accept that fate a little more easily, as we are promised an eternal life. 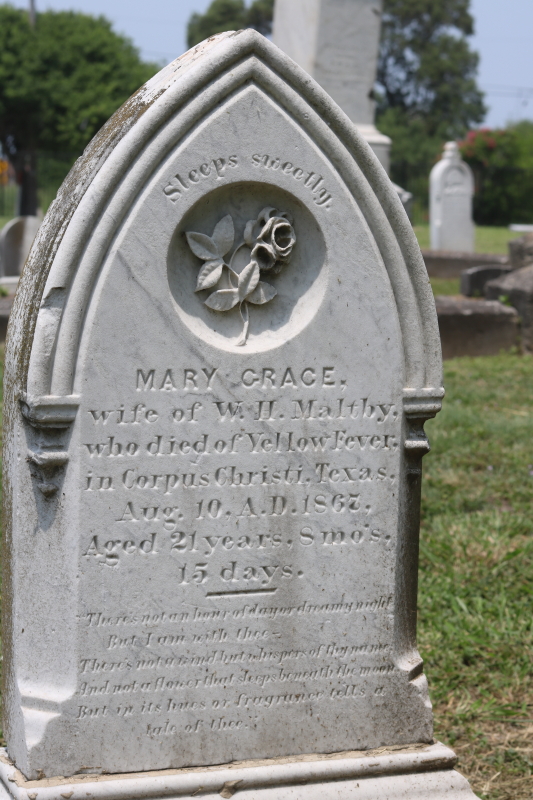 I may not be able to bury the dead and I may not be able to understand the great mystery of death, but I can visit the cemetery and pray for the souls of the bodies buried there.  I want to imagine that someday, someone will do the same for my soul when my body is buried beneath the ground. I delight in taking my children along with me.  I don’t want them to fear death.  I want them embrace it as the ultimate goal and destination of a dedicated Christian.  I want them to pray and wonder and contemplate.   I want them to walk amidst the gravestones, reflecting on the lives lived, the stories untold, the hope of these souls living in eternal bliss.  I want the peace of the cemetery to consume them.  So that when death is at their door, they embrace it with open arms.

3 thoughts on “The beautiful mystery of death”

I am addicted to the finer things in life…deep dark chocolate, a steaming cup of herbal tea, freezing time with the click of my camera, and snuggling up with a child on my lap and a good story. Mostly, though, I am addicted to journaling. Putting thoughtful words with beautiful pictures makes my world make sense.

I am defined by plain words. Wife. Mom. Homemaker. Homeschooler.

But I am more than the sum of those words. My life has beauty that cannot be imagined by those simple words. My life is colorful. It is inspired and full. It is blessed.

I am prideful enough to think I have incredibly adorable and intelligent children and the most brilliant and handsome of men for a husband, but humble enough to realize it’s not because of anything I do or have done. Rather it’s because I have been blessed abundantly.

It’s the journaling that helps me keep it all in perspective and to praise the Lord for the blessings in my life.

All written material and original photographs on this site copyright © 2010-2016 by the author.

While following our journey, if you happen to click on a link for an Amazon product and make a purchase, I receive a small Amazon credit. Our bookshelves, our growing imaginations and our wallet sincerely thank you.
%d bloggers like this: